We can represent probabilities on a line. It's a bit like a number line, but it only has values between \(0\) and \(1\). We'll first look at a line showing the words for probability and how they match up with the parts of the line from \(0\) to \(1\): 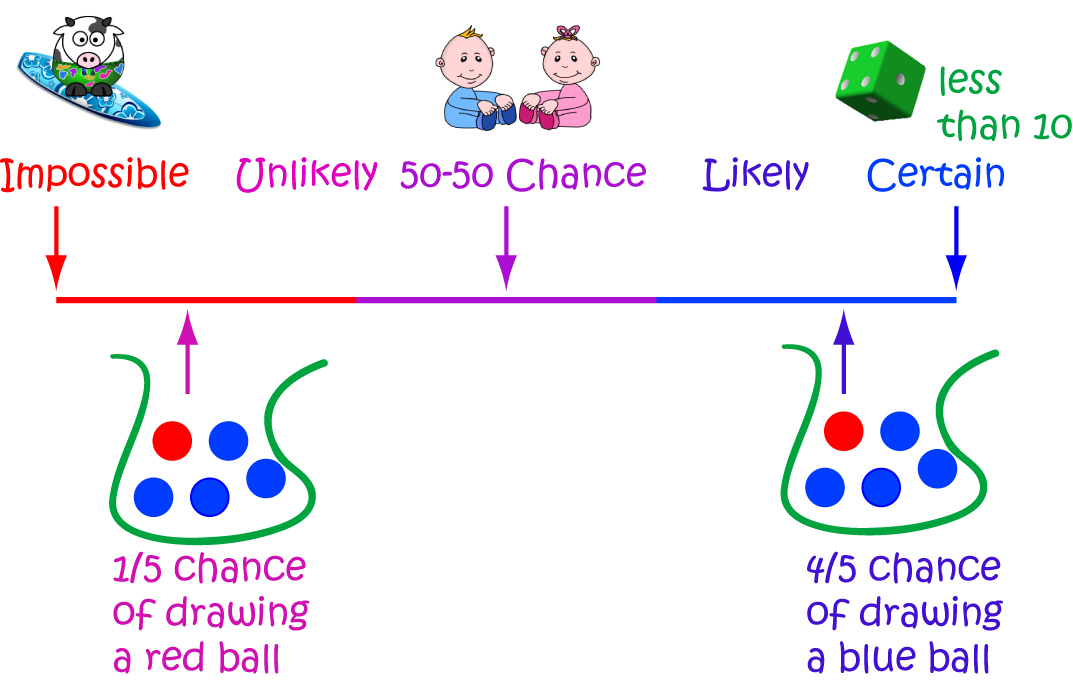 We can also label our probability line with fractions like the one below:

Let's look at a few events and see if we place them along this line:

How did you get on? Here's the line I got:

We can use a probability line to show how likely it is for different events to happen.

The probability line looks a bit like a number line, but it only shows numbers from \(0\) to \(1\) (or impossible to certain) because these are the only values the probability can take