One way to tackle more difficult addition problems is to write one number being added below the other number, making sure you line up the ones, tens, and hundreds etc columns, and then add the two numbers, one column at a time, as in the examples below: 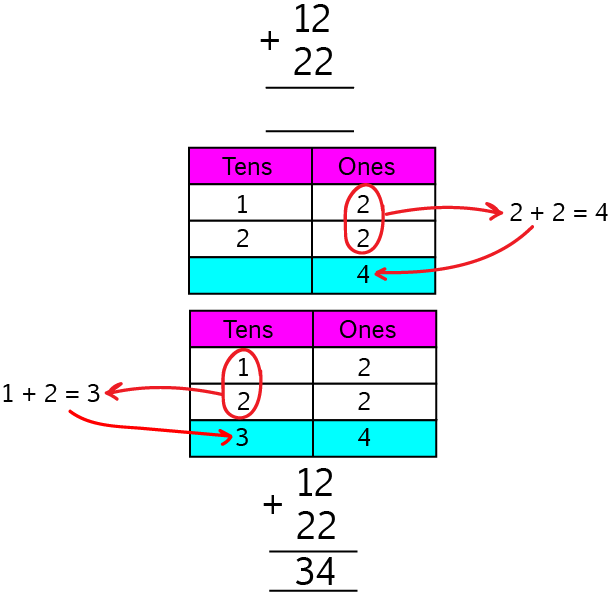 It's always a good idea to add the ones column first, and then the tens column. Let's have a look at another example. 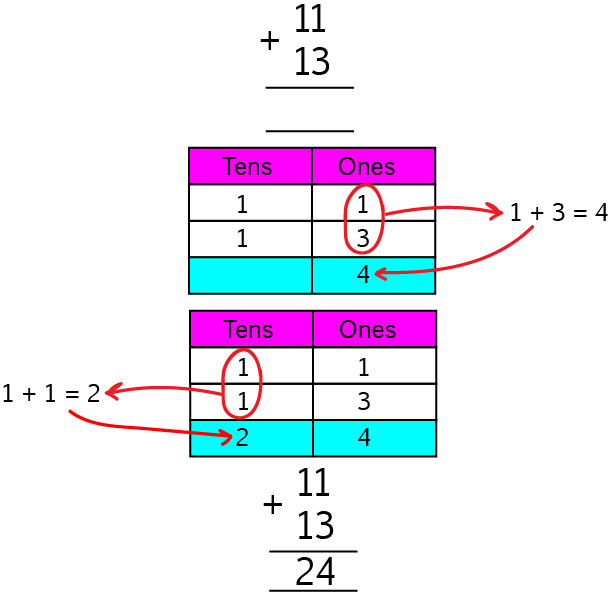 Sometimes, when you add the numbers in the ones column you get a two digit number as the result. Then there isn't enough room to put it into the ones column. Have a look at what we do in this case in the example below: 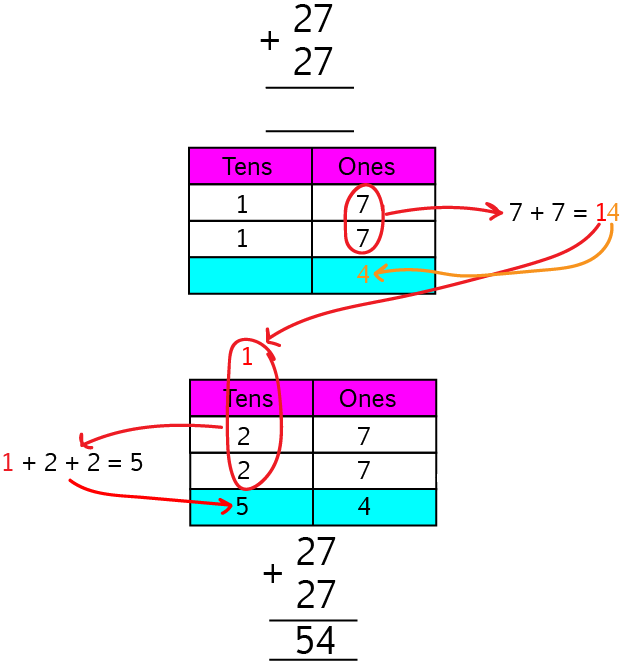 Let's have a look at another example: 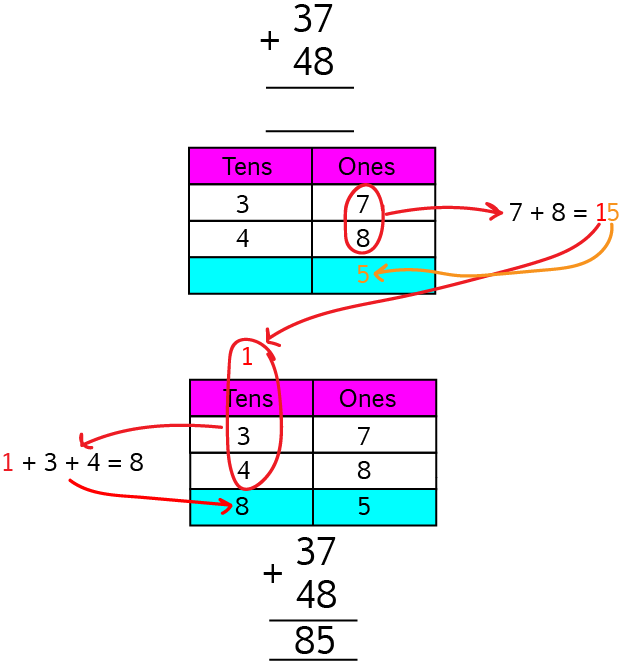 You can also use this method to add three, four and five digit numbers, or any number of digits you like. Just remember to add one column at a time, and it's best to add the ones first, and move to the left.

Let's have a look at a few examples. We'll start with one where none of the columns add up to more than ten: 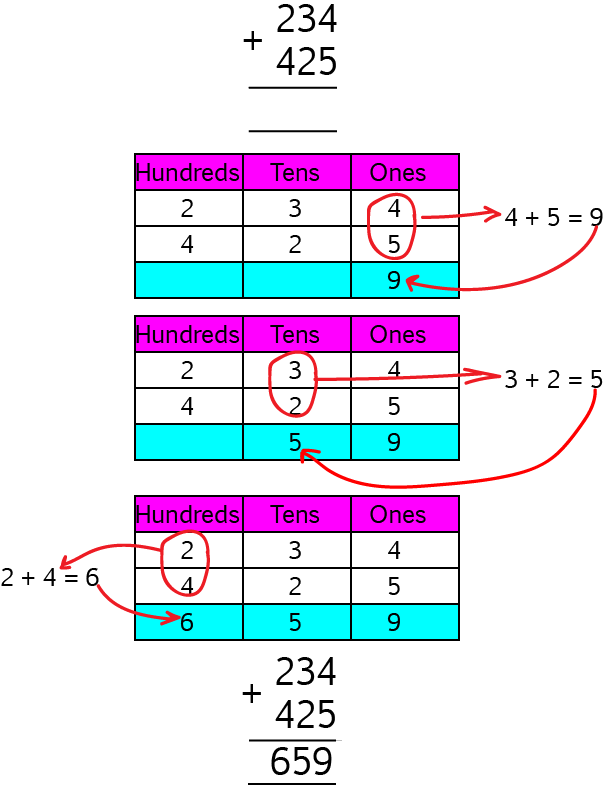 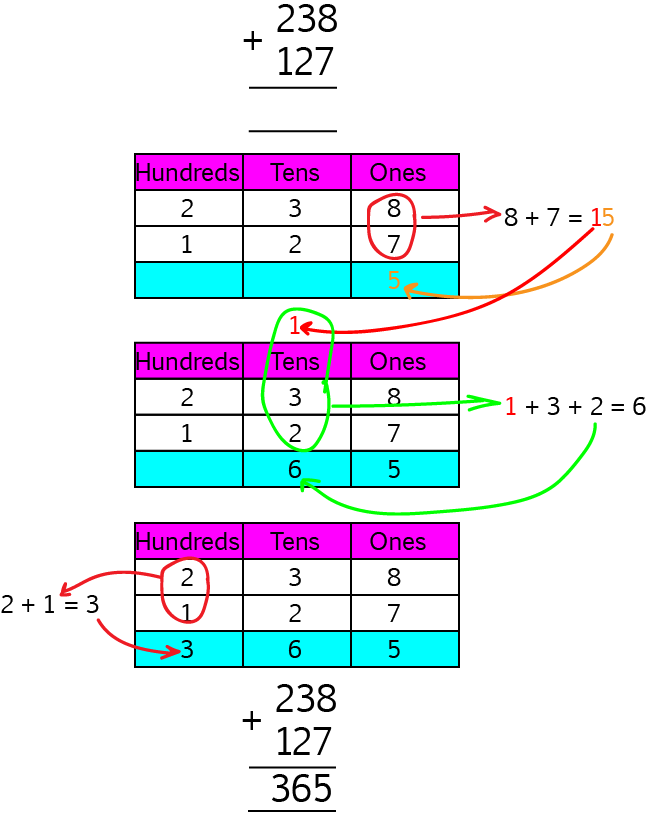 The best thing you can do now is get lots of practice. Start with the simplest examples first: two digit numbers where no column adds to more than ten, and work your way up from there.