Lines of Symmetry of Plane Shapes

Lines of Symmetry of Plane Shapes

It's getting pretty close to Christmas now. One of the things I like to do at Christmas time is make gingerbread. However, it's been really hot lately, and I use a Swedish recipe for my gingerbread that relies on the weather being cool. Today was forecast to be a lot cooler, so I mixed up my gingerbread dough last night, put it in the fridge and got up early this morning to make the biscuits. I have a collection of cutters in all different shapes and sizes. Some of them, like the gingerbread man cutter and the star cutter are quite symmetrical. Others like the poor old wombat are not.

I've added some dotted lines on the star and gingerbread man in the picture. Do you see how you could cut the two shapes into two equal halves along each of these lines? These lines are called lines of symmetry (or axes of symmetry).

You should be able to fold a plane shape along its lines of symmetry and find that the two halves of the shape match each other exactly. You probably don't want to do this with a gingerbread man: the two halves would stick together and you wouldn't be able to bake him, but the idea is that they should cut him into two equal halves. 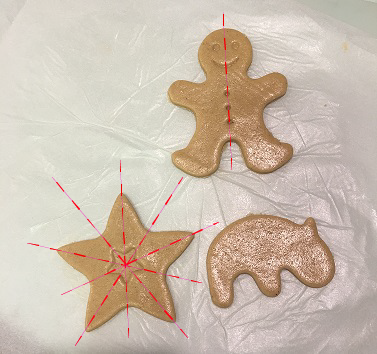 Let's investigate the lines of symmetry of some plane (flat) shapes.

Folding a Plane Shape to Check for Lines of Symmetry

First, we'll fold the trapezium along a horizontal line that cuts through the sloping sides of the trapezium:

Can you see how the sloping sides of the trapezium don't match up? In fact, there's quite a bit of the lower part of the trapezium sticking out from under the upper part. So, this fold line is definitely not a line of symmetry.

When we try to fold the trapezium along a vertical line that cuts its two horizontal sides in half, the two parts match up perfectly, with no overlap. So, this vertical line is a line of symmetry.

Lines of Symmetry in Plane Shapes

There are many different types of quadrilaterals (four-sided plane shapes). Quadrilaterals can have \(0\), \(1\), \(2\) or \(4\) line of symmetry as shown in the pictures below: 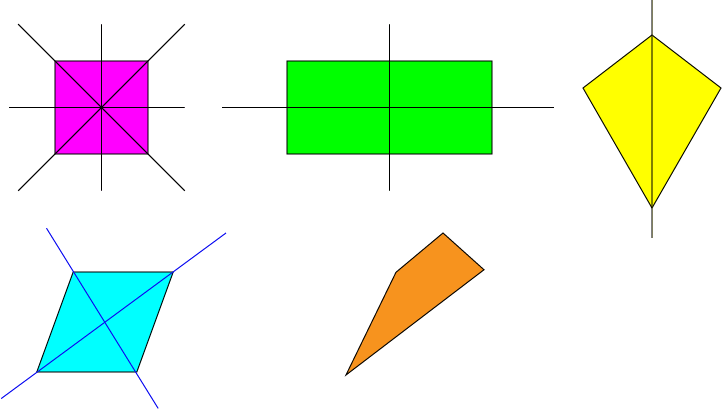 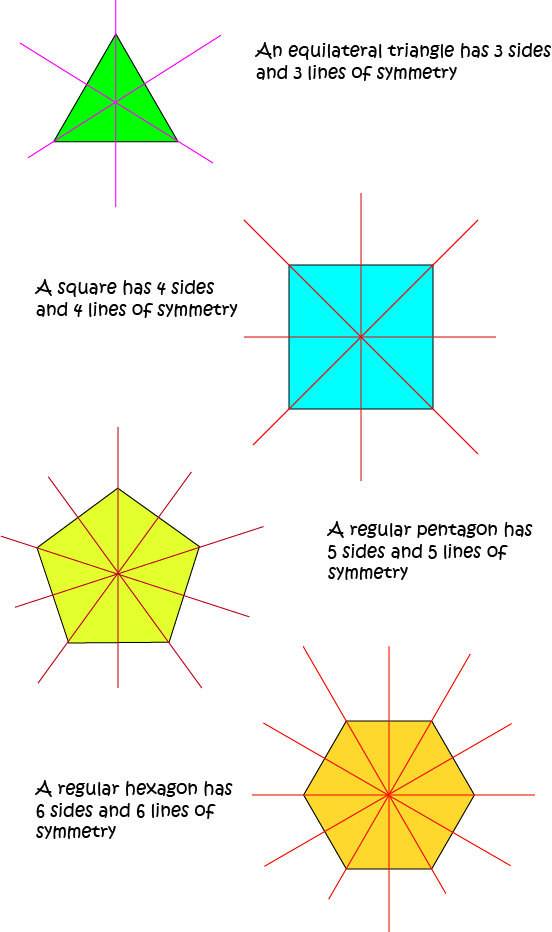 Now, what about plane shapes that aren't polygons? 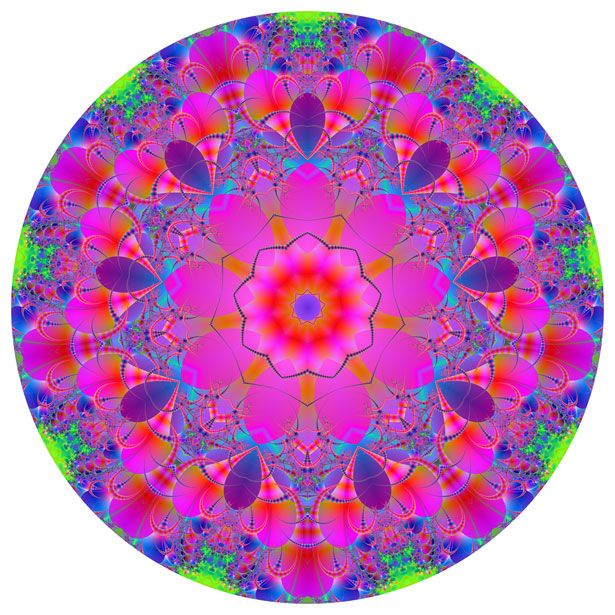 Have fun! Oh, and by the way, the gingerbread is really yummy!