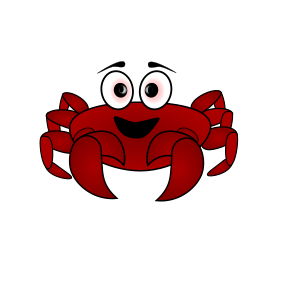 Cuthbert the crab was crawling along the shoreline one day when he heard his friend Clarissa counting shells for a necklace. He heard her saying "one, seven, three, two ...".

"Oh, dear!" thought Cuthbert as he scuttled up to Clarissa, "I think Clarissa needs some help with learning to count". 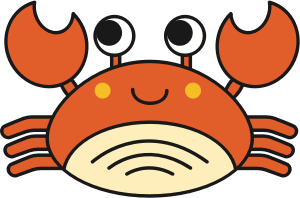 Clarissa certainly does seem to need a bit of help. Let's see if we can help her learn to count up to twenty.

Let's start at the beginning, and make sure Clarissa knows the numbers from \(1\) to \(10\), and the order that they go in. Clarissa, I know you want to make a beautiful necklace. Let's see how count the first ten of those shells. 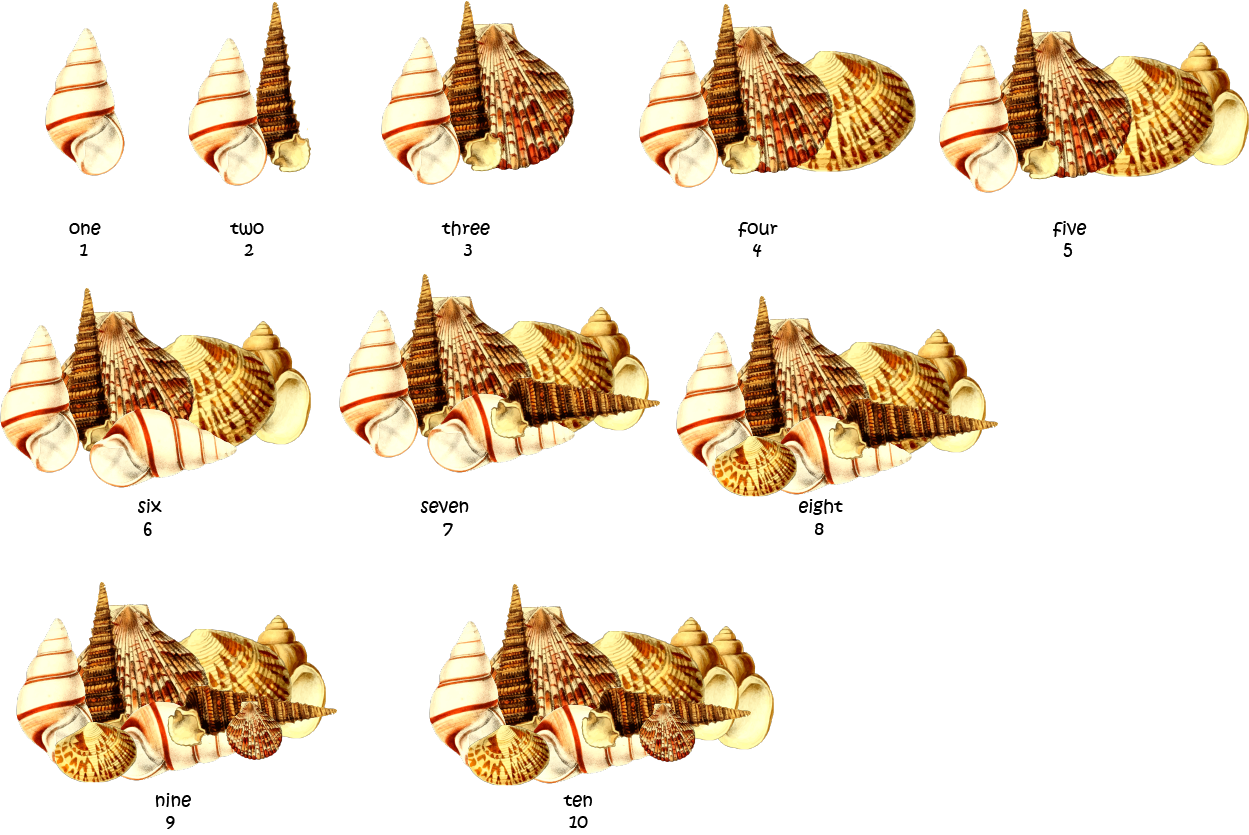 So, to count ten shells, we say "one, two, three, four, five, six, seven, eight, nine, ten" as we move each shell to the pile for the necklace.

Yes, I know you need twenty shells for your necklace. Let's see how to count the rest. The next number after ten is eleven, then twelve, thirteen, fourteen, fifteen, sixteen, seventeen, eighteen, nineteen and twenty, just like in this table. Just pretend that the dots are your shells:

I think it's a good idea to make sure you're good at counting up to twenty first before you move on, Clarissa. Once you feel confident with counting to twenty, have a look at the article on the number names up to one hundred.

Some Tricks for Counting Large Numbers of Things

Once you're good at counting by ones, there are a number of tricks that you can use to count large numbers of objects more quickly. You might move two objects from the uncounted pile to the counted pile at a time, while you skip count by twos. You would say the numbers that are coloured green in this hundreds chart as you go along: 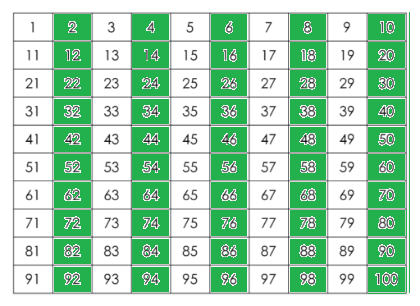 You can also count by fives. You should learn to identify groups of five objects visually so that you can use this method. Move each group of five objects from your uncounted pile to your counted pile as you say the numbers that are coloured yellow in this hundreds chart: 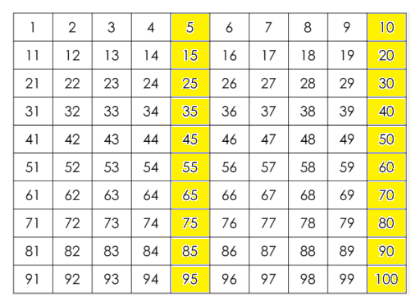 Finally, we can count by 10s. Divide your objects up into groups of tens, then count the groups. This is particularly useful when you're counting money. You say the following numbers as you go: 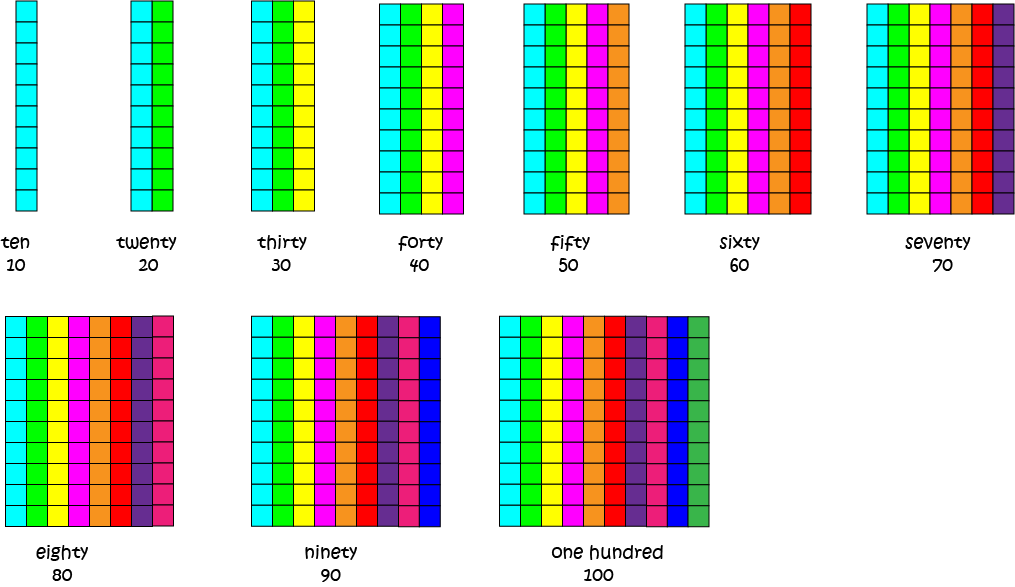 Ok then, Clarissa, you can go off and count your shells now. Cuthbert smiles as he listens to her saying "one, two, three, four, five ...". It sounds like a job well done.