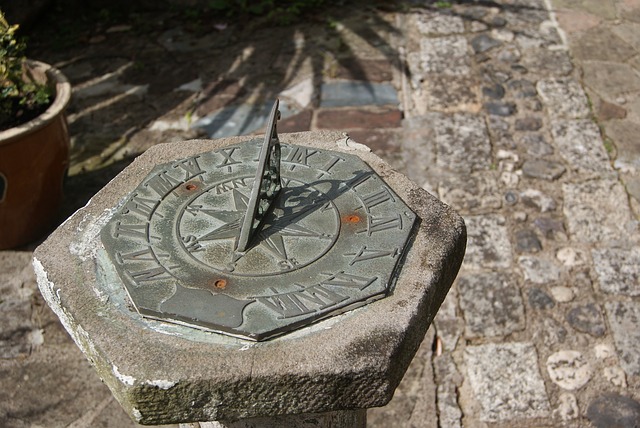 Sundials, like the one in the picture are the oldest known instrument for telling the time. You might have seen one in somebody's garden. So, sun dials are sun clocks. The earliest known sun clock was possibly a vertical pillar called a gnomon used by the Ancient Egyptians. This shadow of this pillar had different lengths depending on the time of day. The Ancient Greeks, Sumerians and Romans also used different kinds of sun dials. In medieval times, most villages had a clock tower that acted as their official time keeper. The time displayed by the clock would be checked for "accuracy" from time to time, using a sun dial. In fact, sun dials were still used to reset mechanical clocks in the early 19th century. Today, they're basically just used as garden decorations. Of course, they aren't much good for telling the time at night!

Sundials use shadows to show the time. As the Earth spins on its axis, the Sun appears to move across the sky. We say that the Sun rises in the east and sets in the west. The Sun is directly over head at midday. A sun dial has a circular dial plate and a fixed stick or wedge-shaped bar called a gnomon. As the Earth rotates, the Sun shines on the gnomon from different angles, creating a shadow. The time is read from the place where the point of the shadow of the gnomon falls. 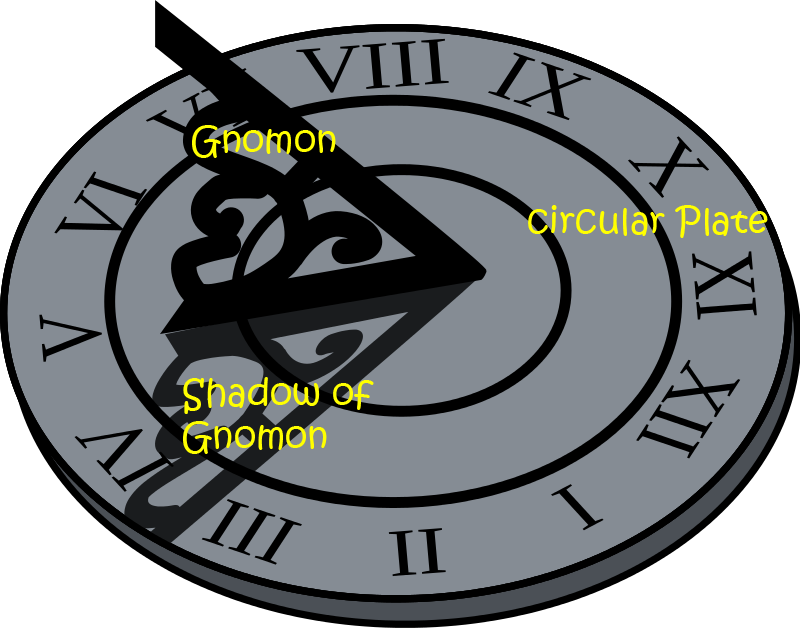 The tip of the shadow of the gnomon in the picture above is pointing to just after 3 (\(\text{III}\) is the Roman Numeral for 3), so this sun dial is showing a time of about \(3.15 \) pm. The sun dial in the top picture shows a time of about 2 pm. 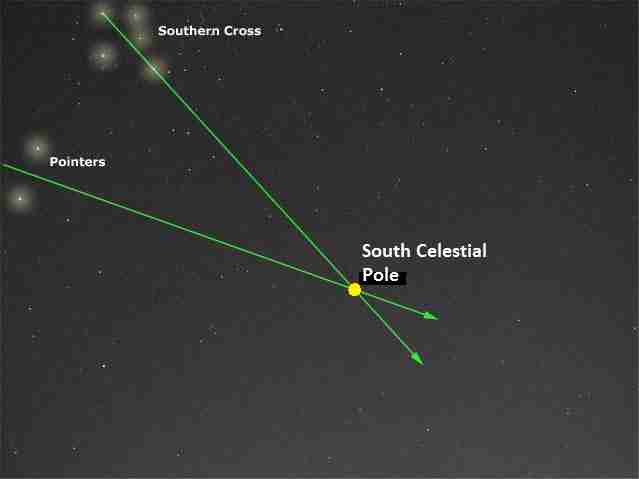 Of course, the sun is in different places in the sky at the same time at different places on Earth. The sun dial needs to be aligned correctly to compensate for this. In the Southern hemisphere, we align our sun dials so that the tip of the gnomon points to the South Celestial Pole. In the northern hemisphere, they use the north star. The circular plate also has to be sloped, depending on where you are on Earth (we determine the angle of slope required from the latitude of the place where the sun dial is to be installed).

Make Your Own Sun Dial

This sun dial is not very accurate, but it's easy to make, and gives you the idea of how the sun casts shadows in different directions at different times of the day. If you want to make a more accurate sun dial, you can try downloading the template and following these instructions. Of course, if you don't live in Melbourne, you'll have to adjust the angle that the plate is raised to.

For the simpler sun dial, you'll need the following materials:

Write the numbers from one to 12, evenly spaced around the paper plate.

Use your sharp pencil to make a hole in the centre of the paper plate.

Use your ruler to draw a straight line from the hole in the centre of the plate up to the number 12.

Take the sundial outside on a sunny day.

Use the compass to work out where south is, and stick your straw in the hole in the paper plate, with its tip pointing towards the south.

Check where the shadow falls. This will give you the approximate time.

Have fun making your sundial. Finally, you'll have something that can show the time. Let's just hope it isn't night time, and that it isn't raining.