The Orbit of the Earth and Hours of Daylight

The Orbit of the Earth and Hours of Daylight

Hi everyone, my name is Blublubox. I am a friendly alien from the planet Blebeep who is visiting the Earth. While I've been on Earth, I've noticed many interesting things. One is that the Sun "rises" and "sets" at different times each day. The days seem to be longer during the summer than they are during the winter as well. I asked my friend Sam if he could help me to understand what was going on.

The Earth Orbits the Sun 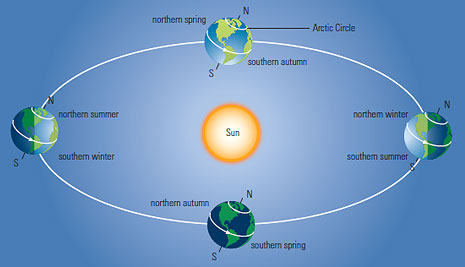 The Earth is Tilted

If the Earth was perfectly vertical (straight up and down) as it spun on its axis, the daytime and nighttime would be the same length all the time. This is not what happens at all! 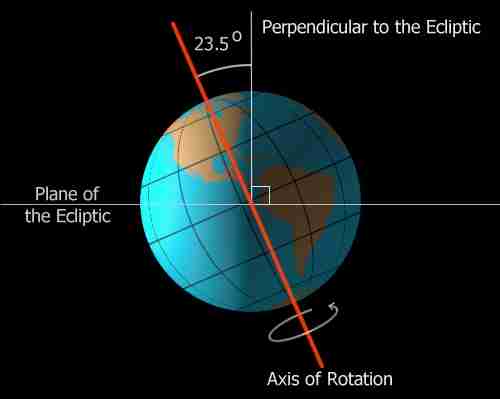 Well that was everything that Sam explained to me. We get seasons and longer and shorter days because the Earth is tilted on its axis. It's just like the way you feel warmer when you are closer to the heater and cooler when you are further away from it. It makes sense, doesn't it?