Things that are congruent look exactly the same. We say that a shape is congruent to another shape if it can be turned into the other shape by using one, two or all three of sliding, flipping and turning. Let's see what each of these moves does to a shape.

Slide: In this move, the object is pushed along (without changing the lengths of any of its lines or the directions they point in) to another place. 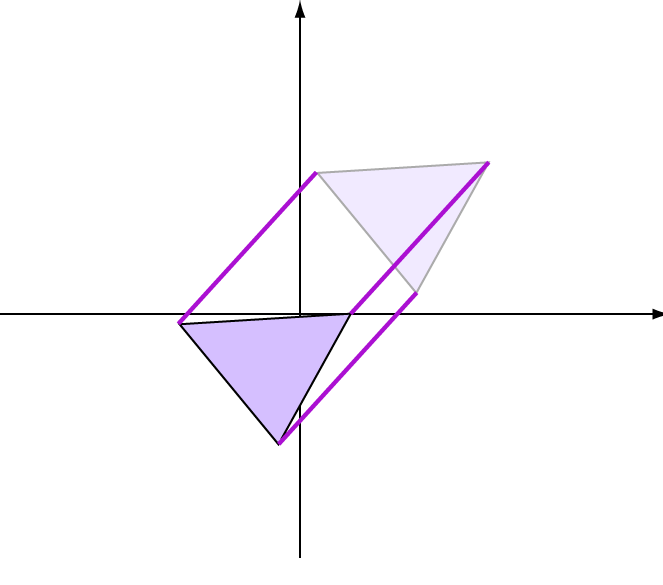 The fancy name for this move is translation.

Flip: this is like looking at the object in the mirror. You can flip in different directions by putting the mirror in different places. The object is still the same size and shape after it has been flipped, just backwards somehow.

The fancy name for this move is reflection. 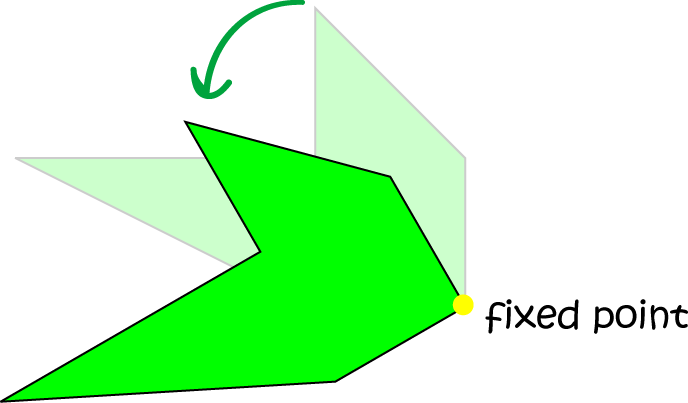 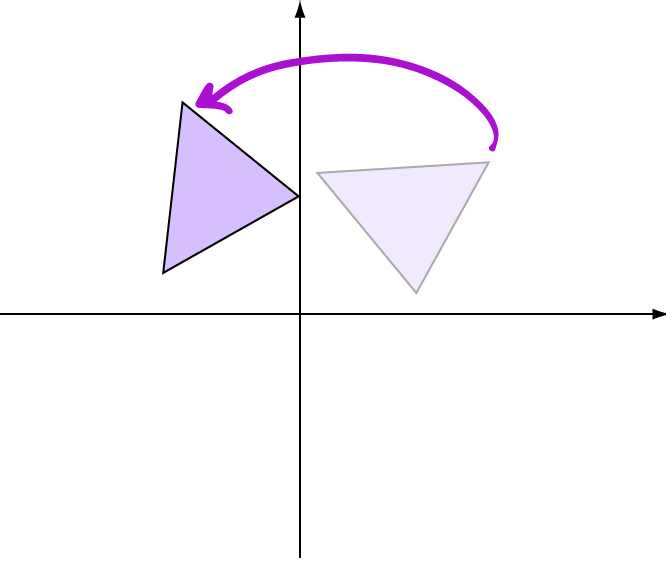 The fancy name for this move is rotation.

Now let's look at some examples.

Examples of things that are congruent

Have you ever looked closely at the bricks that have been used to build a wall or a house? From the outside, they look like rectangles that are all the same size and shape. They're just all in different positions. Each of those rectangles is congruent to the others. The brick layer will have picked them up and put them in different positions, but you can think of this as using a slide move. 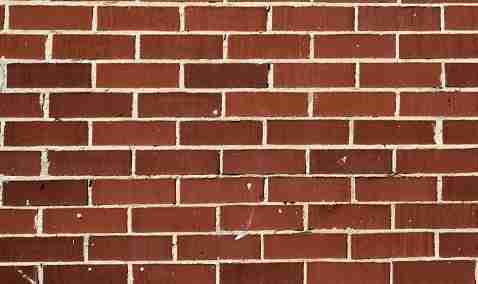 Eric the Elephant is playing a game with his friends. He wants to see if they can recognise him if he does different things to his picture. Here's an example of one of the things he has done:

Can you recognise Eric in the second picture? I think you can! He's changed his picture by doing a slide, followed by a turn (or a turn, followed by a slide). The two pictures are congruent.

To turn the blue picture into the green picture, you

So the blue and green ghosts are congruent. Yes, you have to paint it green as well, but we say that things are congruent without worrying about their colour.

Here's a tricky one! How can you turn the wonky blue star into the wonky green star (apart from changing the colour)? 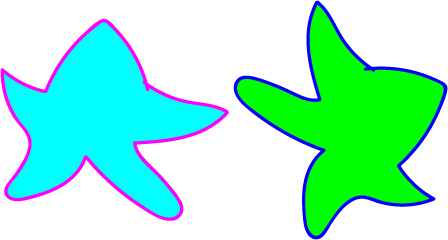 This time we need three moves. To turn the wonky blue star into the wonky green star, we

So the blue and green stars are congruent.

What happens if we also make the object bigger or smaller? The objects are no longer congruent. 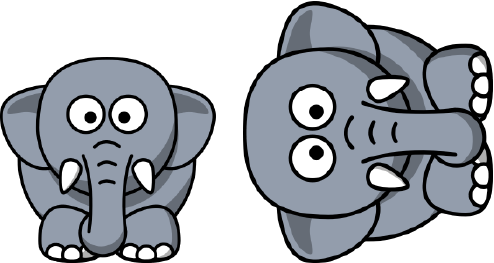 Eric has now slid his picture, turned it and made it bigger. The two pictures no longer look the same, but they have a lot in common. We say that they are similar.