The cardinal numbers are the counting numbers. They are whole numbers that tell you how many of something there are. So, they don't include fractions or decimals. For example, you would use a cardinal number to describe the number of brussels sprouts that are on your plate at the start of dinner (hopefully, \(0\)!). In the picture below, there are six coins. Six is a cardinal number. 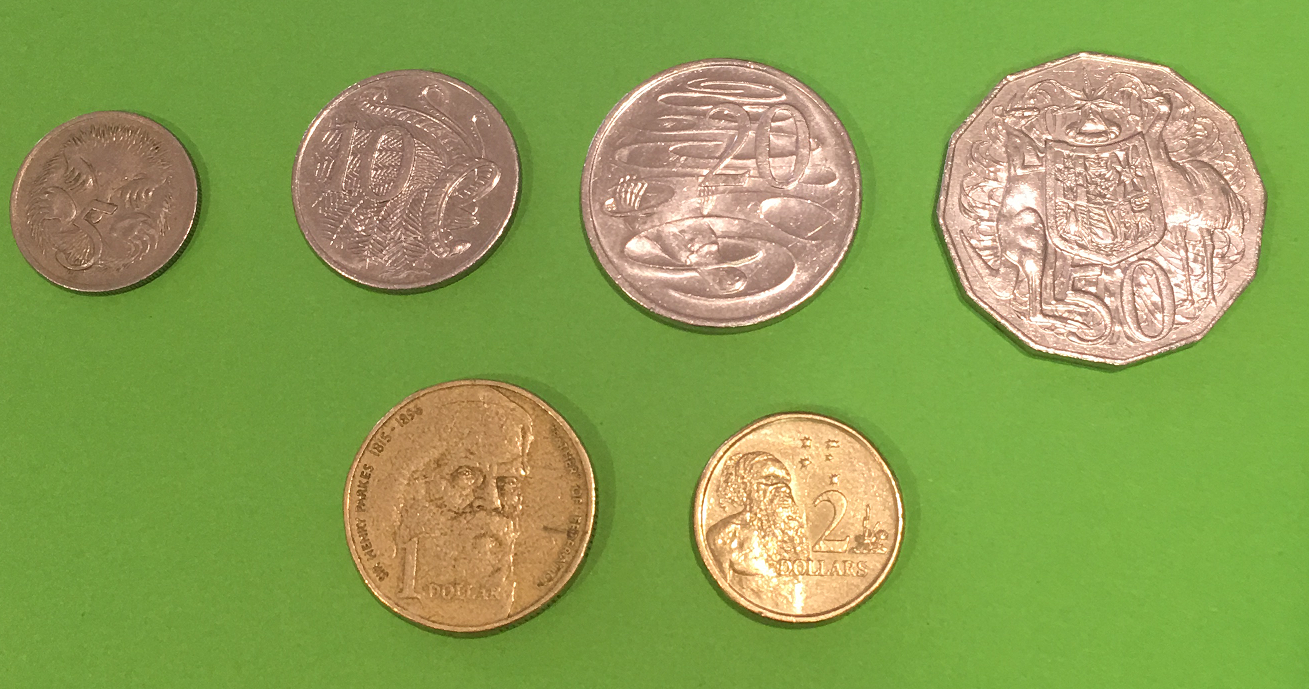 How do we describe the position of something in a race, a line or a list? Using an ordinal number. Ordinal numbers tell us about position. They are things like 1st (or first), 2nd(or second), 3rd (or third) 4th (or fourth), 5th (or fifth) and 6th (or sixth), etc. For example, the snails in the picture below are having a race.

These are just numbers that are used as names. For example, the car in the picture below is given the number \(453\) as a name. This name tells us nothing about how many cars there are or the position of the car in a race.