Sam is conducting an experiment. He's interested in the rate of decay of a banana that he left in his lunch box at the end of last term. He decides to use the exponential decay function

\( B(t) = 2e^{-0.5 t} \)
to model the amount of banana left after \(t\) days. He plans to compare the mass of banana remaining with the values given by his function each day. However, he has lost his calculator, and wants to find a way to calculate the values of his function with pen and paper.

Functions like \(\sin x\) and \(\cos x\) are commonly used in signal processing, so it's important to be able to approximate them. Here is a list of a few commonly used functions, and their Taylor series.

Of course, these are only a few of the many possible Taylor series that can be used to approximate functions.

Looking at the Approximations Graphically

As I said earlier, you can use the first few terms of the Taylor Series of a function to approximate it. If you take more terms, and the function behaves properly, you get a better approximation. 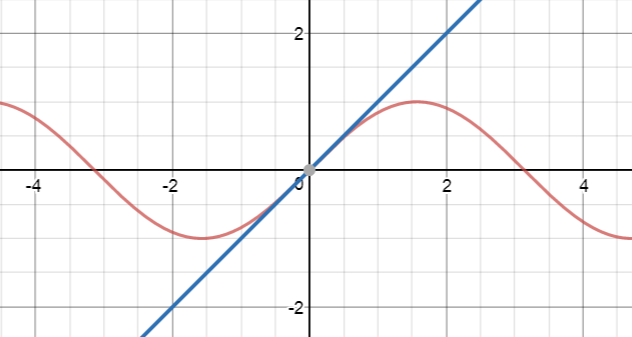 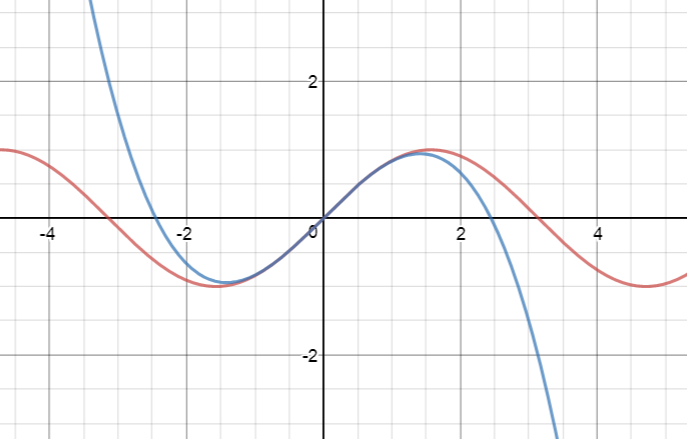 How do we find these polynomials?

This idea was thought up by some very clever people: a Scottish mathematician, James Gregory, and an English mathematician, Brook Taylor, back in the 18th Century. There's nothing very mysterious about finding Taylor series, just a number of steps to follow:

See, there's nothing to it! Well, maybe we need to do a bit of work. Let's have a look at the procedure in more detail:

Now, we need to find \(c_1\). We take the derivative of both sides of our infinite series approximation:

We should start to see a pattern now. The coefficient \(c_n\) is found by

Do you notice how all the terms with even powers of \(x\) have vanished? This is good because \(\sin (x) \) is an odd function, so we'd expect its polynomial approximations to include only odd powers of \(x\). Take a look at the article on odd and even functions if you feel like you need a refresher on these important types of functions.

Stuff for you to do:

Taylor Series with \(a = 0\) are often called Maclaurin Series after the Scottish mathematician, Colin Maclaurin who did a great deal of work with them in the 18th Century.

Oh, and what about Sam? He can use a few terms of the Taylor Series for \(e^{-x}\) and multiply them by 2. He can then plug in \(x = \dfrac{d}{2}\) to approximate the amount of his banana that's left on day \(d\). However, both his mum and I agree that it's better to eat the banana in the first place or, at the very least, to throw it out as soon as it goes mouldy.