An Introduction to Calculus

An Introduction to Calculus

Calculus is all about the rates at which things change. For example, you might want to measure the change in the amount of time your parents spend nagging you to do your homework as you get older. This would be measured using the slope of the nagging duration function. Jasmin and Al are down at the park at the moment. They're wondering about a rate of change: how fast Al can run at any instant in time. Perhaps a little calculus would help them. Let's watch them and see. 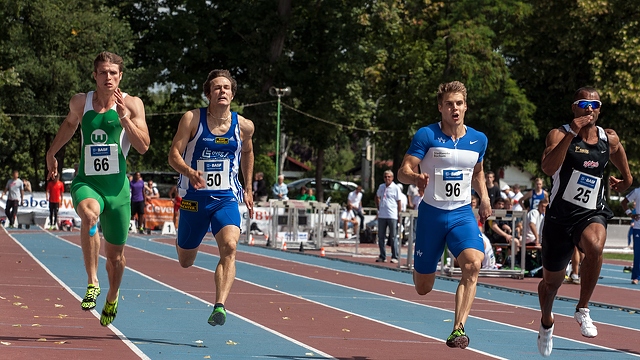 Al is in training for an athletics competition, and Jasmin is timing his laps with her stop watch...

Al: How fast am I going now, Jasmin?

Jasmin: You completed that lap in 80 seconds, so you're doing 5 metres per second.

Al: No, Jasmin. I don't want my average speed for 100 metres. I want my speed right now!

Jasmin: OK, I'll measure it as you pass that wattle tree over there. 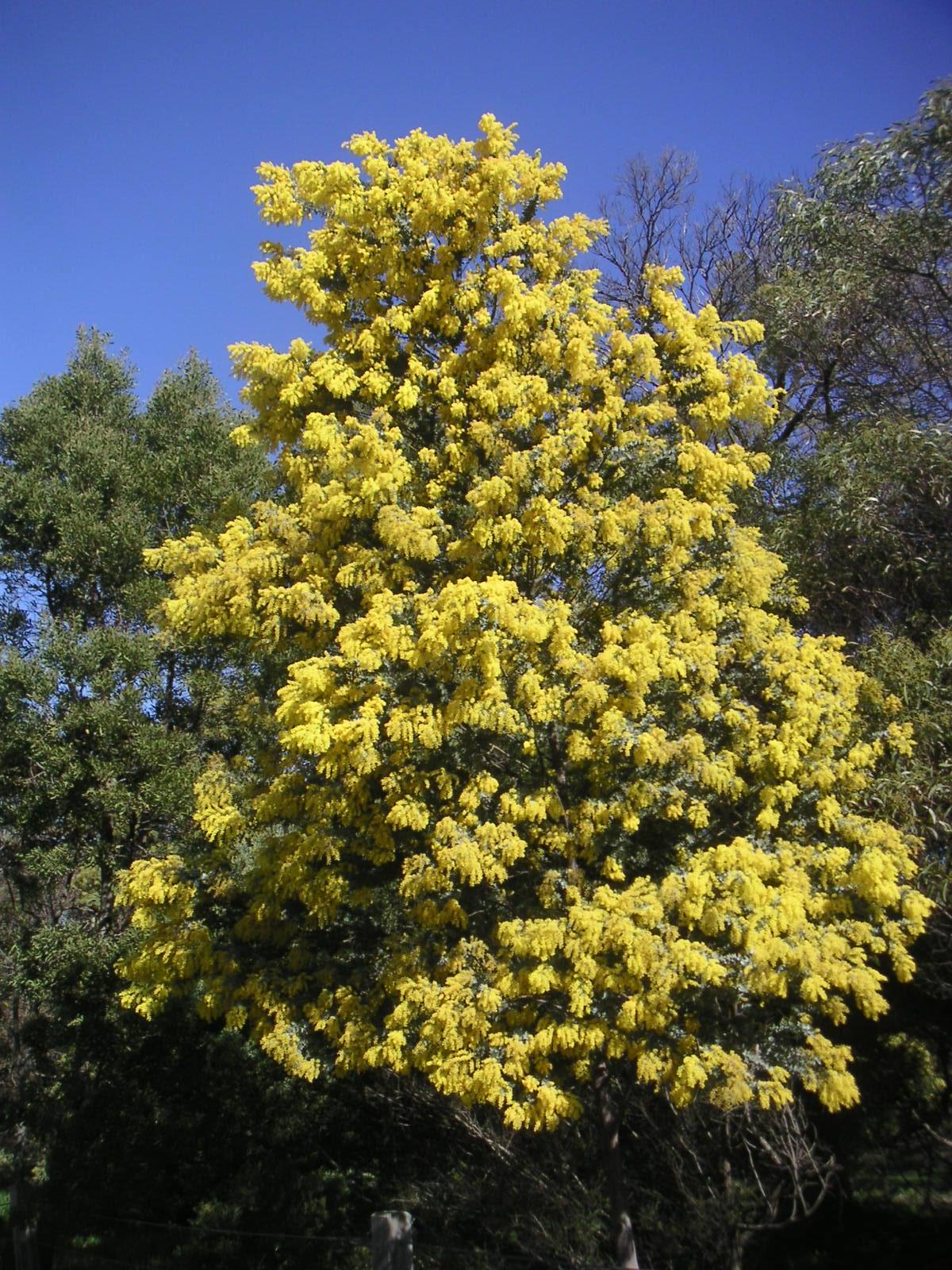 Jasmin: Right, you were at the wattle tree for zero seconds, and you ran zero metres. So your speed as you passed the wattle tree was ... I can't calculate it, Al, because you can't divide by zero!

Al: Aarrggggghhhhh! (trips on his shoelace and falls)

Al groans and shakes his head.


Jasmin is quite right. The only speed that she can come up with using a stopwatch is an average speed as Al runs a certain distance. Al wants to know his instantaneous speed, something that is only possible to determine using calculus.

Let's go and visit Alice the cow. It sounds like she's up to her thrill-seeking tricks again!

Alice the Cow at the Circus

Alice the cow is practising one of her circus tricks. 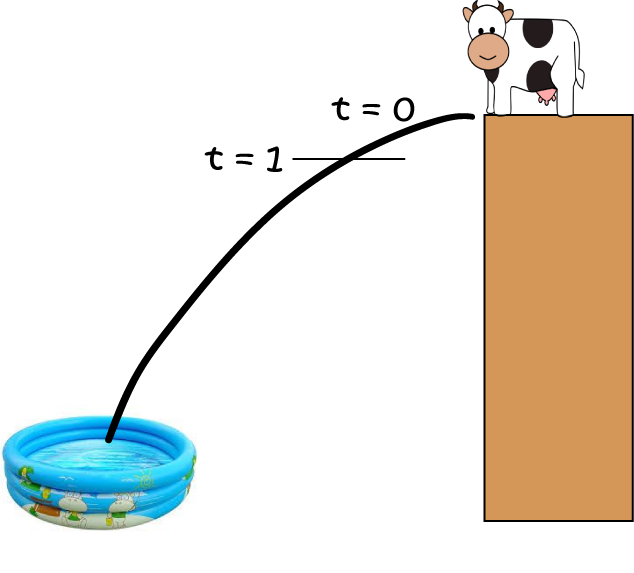 Alice needs to jump off a platform that is \(15 \text{ metres}\) high and land in a wading pool at the bottom. Jasmin, knowing that Alice is an extremely talented mathematician, asks Alice how fast she will be falling after 1 second.

As she knows that the acceleration due to gravity is about \(9.8 \text{ metres/second}^2\), Alice uses the formula

Jasmin wants to know Alice's speed. As speed is equal to distance divided by time, Jasmin calculates that at \(t = 1 \text{ second}\): 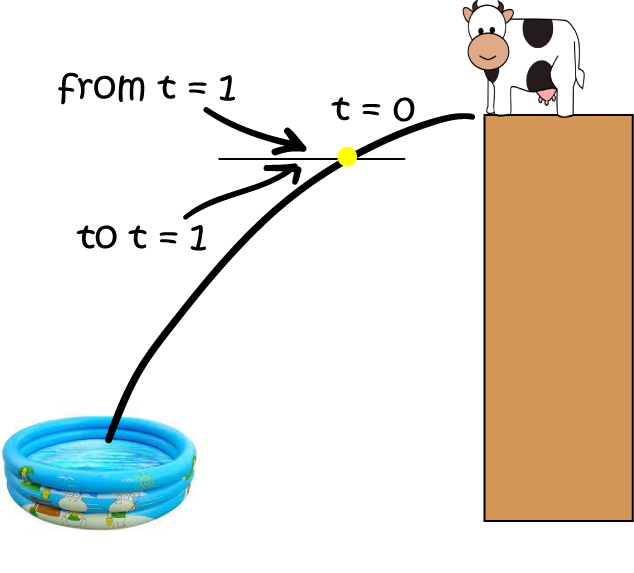 Oh, no! There's that pesky division by zero problem again. What should Jasmin do?

Let's have a think about this. If you try to figure out a speed at a particular instant in time, then you really have nothing to work with: you can't travel any distance in no time. Alice makes a suggestion. As I said, she is an extremely talented mathematician as well as a thrill seeker. Why not invent a very short time, and call it \(\Delta t\)? This time should be shorter than anything you can think of, but not equal to zero. Then, work out the distance travelled between time \(t\) and time \(t + \Delta t\). You know, this could work! Let's see what happens. 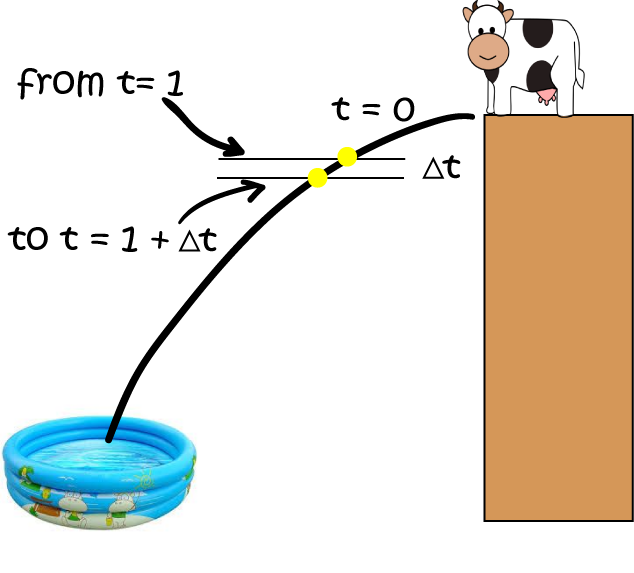 Jasmin is feeling pretty chuffed. She tells Al about it at school the next day. She now knows how to find his instantaneous speed at any time as he runs around the oval. Jasmin has started to learn how to use calculus.

The word calculus comes from the Latin word for a small pebble or stone used in counting. When we do calculus, we are breaking up things into small chunks called "infinitessimals". We are interested in two main branches of calculus. They are, essentially, opposites of each other (one undoes the other):

Jasmin and Alice were doing differential calculus when they broke the time interval for Alice's jump up into tiny chunks called \(\Delta t\). Let's have a look at another example. This time, there'll be no risk to Alice or to the wading pool. 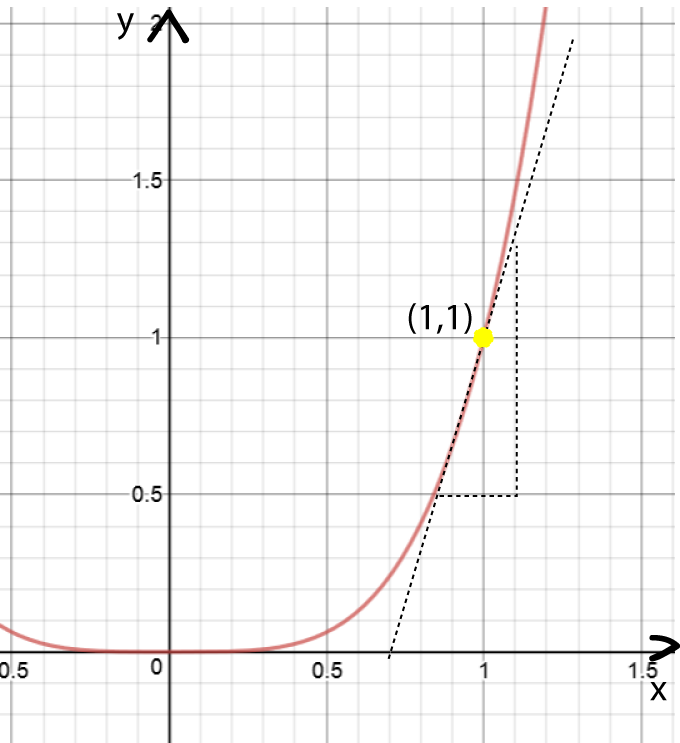 Try some for yourself

Most importantly, have fun!