Sometimes, little kids latch onto the idea of infinity, thinking of it as just a really big number. They talk about 'infinity plus one' and 'infinity infinity', trying to make even bigger numbers out of infinity.

But we know better! Infinity isn't a number at all. It's the idea we use to describe something that is endless, that 'increases without bound' like the counting numbers. We can't do arithmetic with infinity in the same way we would add, subtract, multiply or divide normal numbers, but sometimes we want to know what should happen if we could. In other words, we want to be able to take limits to infinity.

One of the Simplest Limits to Infinity

Perhaps the most common thing we need to do is to work out what the value of \(\dfrac{1}{\infty}\) should be. 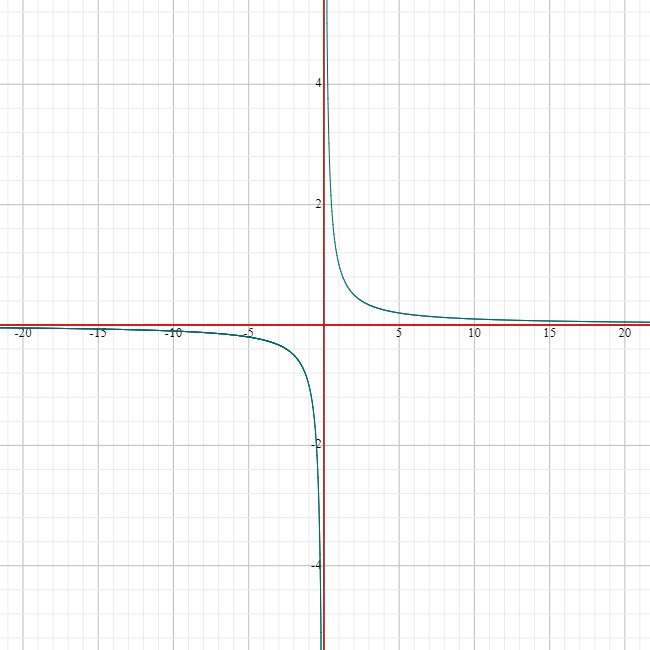 Mathematicians use the idea of a limit to describe this situation where we know what the function-value should be, but can't actually say what it is, because it is undefined. They say:

This is just mathematics-speak for:

Functions that get bigger and bigger (a.k.a. Limits that Approach Infinity)

What is the limit of the function

Remember: \(y = f(x)\) never actually gets to infinity. This just tells us that its values can get as big as you like: \(y\) increases without bound.

How can you tell what a function will do as \(x\) approaches infinity?

When we're dealing with nice friendly functions like polynomials and \(\dfrac{1}{x}\), it's easy! We just have to follow some simple rules:

What if the functions are more complicated?

Let's have a think about this:

However, if the highest power of \(x\) is zero, or it's impossible to tell, we have to work harder for the answer.

We need to check the signs of the leading terms of the polynomials before we can decide.

The one on top has a coefficient of \(-1 0\), so it looks like the function values will be negative as \(x\) gets large. Therefore,

Because we're interested in large values of \(x\), there aren't any pesky zeroes hanging around, so we can cancel out the \(x^3\)s to get

So far, we've been a bit naughty and found the limits by seeing what they 'should' be. There are more formal techniques for finding limits. The article on evaluating limits tells you about some of these.