Concavity is all about the rate at which the slope of a curve is increasing or decreasing. It has many important applications in mathematics, not the least of which is to help you decide which part of a hill to cycle up. Unless you are feeling particularly masochistic, you probably don't want to cycle up parts of a hill where the slope is increasing at an increasing rate!

There are two types of concavity that are particularly useful in calculus: concave up and concave down. Let's try and untangle what these terms mean by drawing some pictures.

A function is concave up when its gradient increases as its values increase. I like to think of a parabola with the ends pointing upwards (one that's the 'right way up'). You might have written descriptions of concave up curves in Physics classes. They're the ones that are 'increasing at an increasing rate' or 'decreasing at a decreasing rate'. 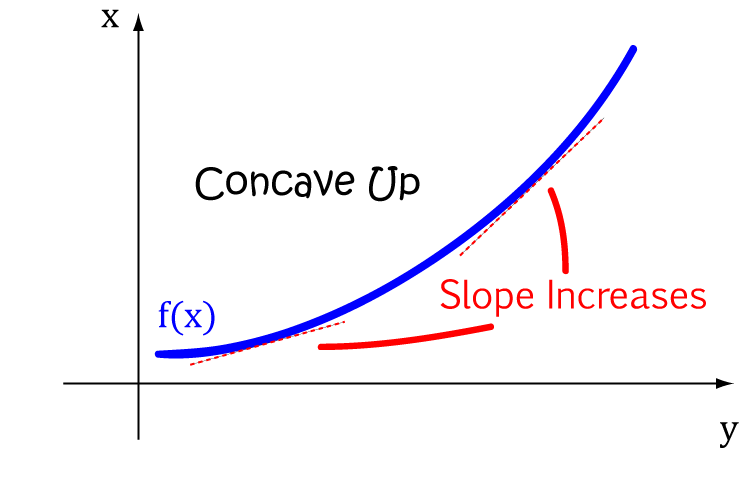 ]
A function is concave down when its gradient decreases as its values increase. I like to think of a parabola with the ends pointing downwards (one that's 'upside down'). You might have written descriptions of concave down curves in Physics classes. They're the ones that are 'increasing at a decreasing rate' or 'decreasing at an increasing rate'. 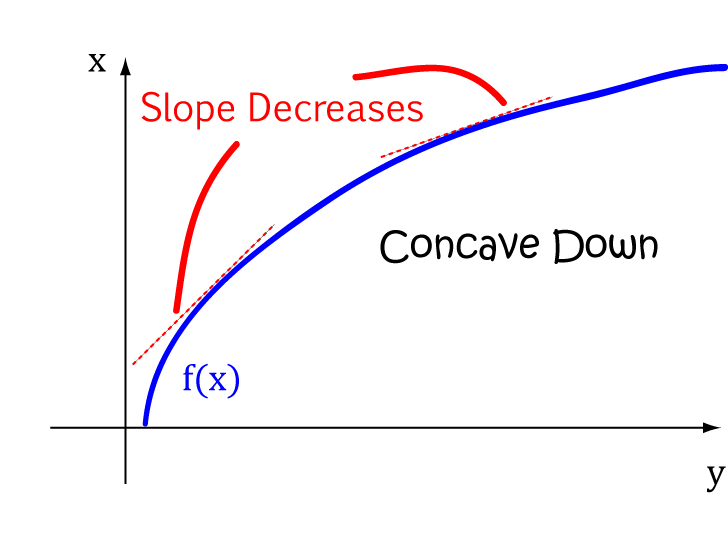 The following pictures show some more curves that would be described as concave up or concave down:

Of course, at this point, someone is going to pipe up and ask what happens when the slope of a curve neither increases nor decreases. In this case, the function is a straight line. As we'll see later, straight lines satisfy the definitions of both concave up and concave down. How's that for muddying the waters? Let's explore more of the gory details about concavity before we get too worried about that.

Finding where a curve is concave up or down

You guessed it, it isn't enough to know what concave up or concave down curves look like! We need to be able to find where curves are concave up or down. A curve can have some parts that are concave up and other parts that are concave down, and it's useful to be able to work out which is which, even before you draw the graph. An understanding of concavity comes in really handy when you need to be able to solve problems like finding the maximum time you can spend playing games on your iPad during a boring class before your teacher finds out... There are also applications in economics and many other fields. 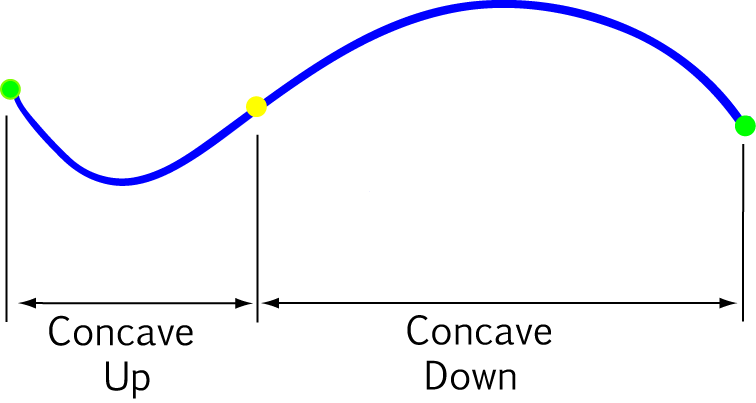 Coming up with a definition (a.k.a. as keeping the mathematicians happy)

So... we first have to ask what's special about curves that are concave up or down. The key idea is that we if we draw a line joining any two points of the curve, it won't cross from one side of the curve to the other. Clear as mud? Hopefully, the pictures below will make this idea a little easier to understand.

Well, we're on the road to making the mathematicians happier! The next step is to chuck a formula into the mix. Let's use another picture to help us figure out what's going on. We start by choosing any two values of \(a\) and \(b\) that lie in the interval we're interested in and draw a line from \(f(a)\) to \(f(b)\): 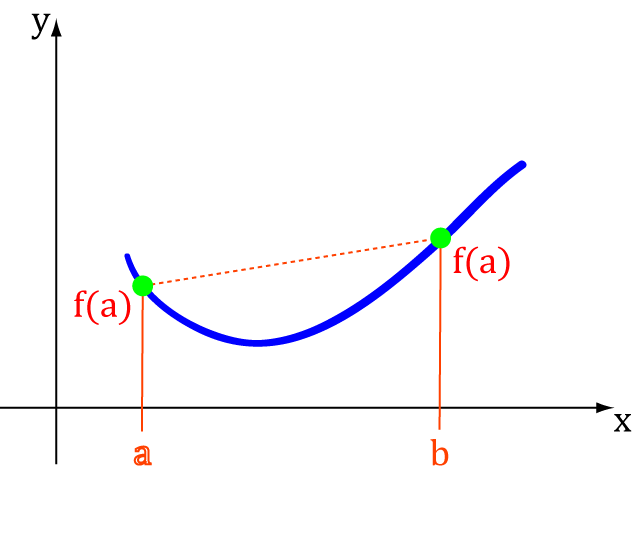 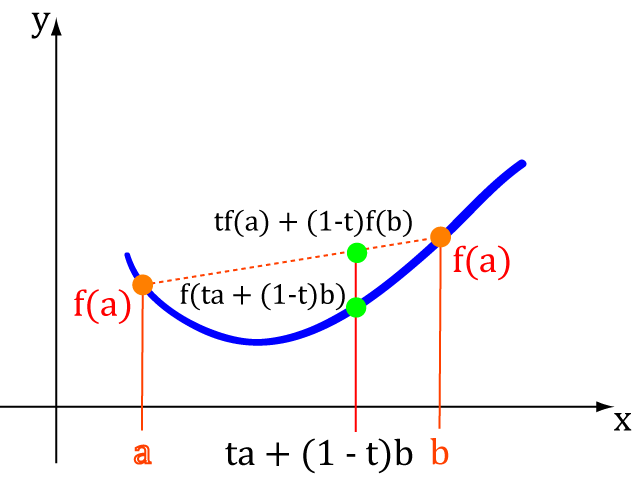 If the function is concave up, then the line needs to stay above or on the curve (and not cross it). So this means:

and if the function is concave down, then the line needs to stay below or on the curve (and not cross it). So we change \(\leq\) to \(\geq\) to give:

These are the definitions that mathematicians actually use to decide whether something is concave up or concave down.

How do I remember which is which?

Some people say that the best way to remember the shape of a concave up curve is using a cup like this:

But I think it's easiest to remember that a function is concave up if its mood is up, so it has a smiley face like this: 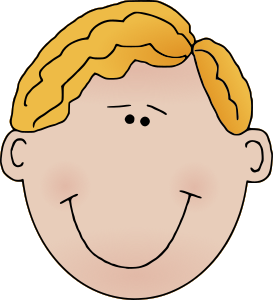 and concave down if it's feeling a big down like the mouth on this sad face: 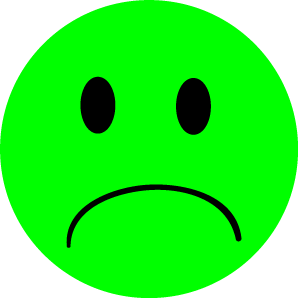 Using calculus to help out 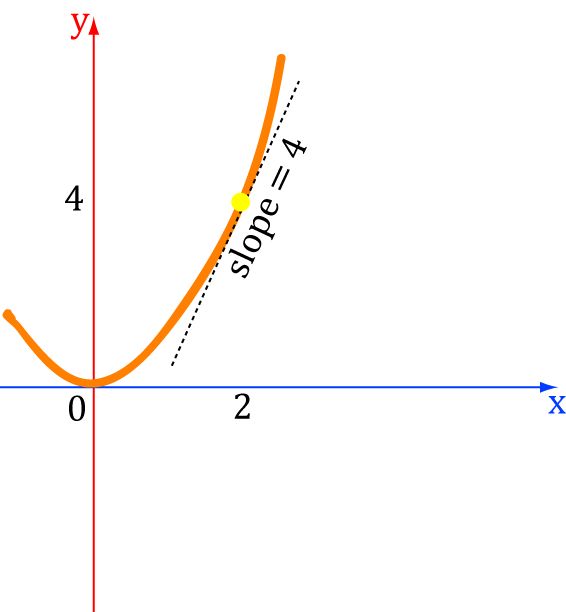 Start by finding the second derivative:

Let's look at the sign of the second derivative to work out where the function is concave up and concave down:

Note: The point where the concavity of the function changes is called a point of inflection. This happens at \(x = - \frac{1}{4}\). 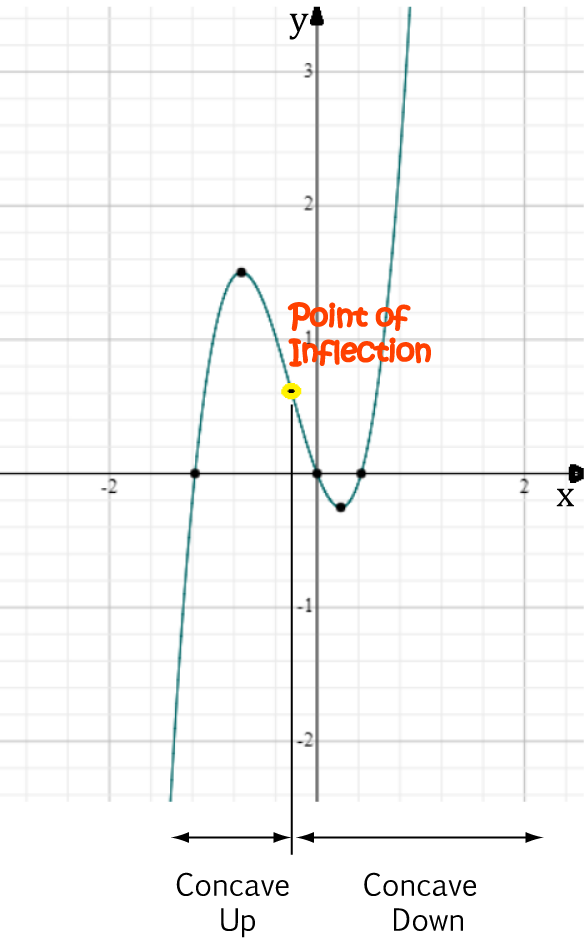 Finally, what about straight lines?

Earlier we mentioned that the slope of straight lines neither increases nor decreases: it always stays the same.

This means that you can choose to say that a straight line is concave up or concave down. A straight line \(f(x) = mx + b\) satisfies the definitions of both concave up and concave because we always have

It is both concave up and concave down.

The second derivative is always zero: 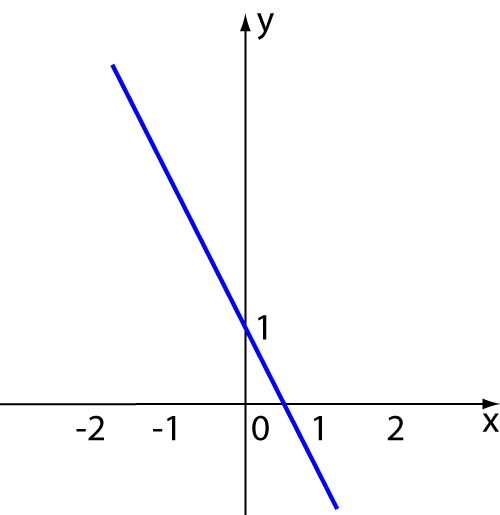