The type of acceptance testing’s:

Accessibility testing’s is a type of testing used to determine can individuals with disabilities will be able to use systems in questions which can be hardware software or other types of systems. Disabilities include a large range of physical problems, movement and hearing, learning disabilities and also with sight difficulties.

Problems can be classified into following different access difficulties and issues:

Some of the tools are:

A Designer : Tool is developed by IBM which can simulates the experiences of visually impaired individuals so designers can better understands the needs of disabled peoples and accordingly develop applications.

Web Anywhere: This is a browsers based tools that works similarly to the on screen readers Jaws. It helps the readers how to read web pages.

Vischeck: Tool used to simulate how web pages or images will be viewed by peoples affected with color-blindness. This is done by entering uploading images or URL.

In active testing tester introduced the test data and analyzing the results. For example, we will fill the tank of a car with 1 liter petrol and see its average

Actual result which comes after performing the test is called as Actual Outcome always documented with respect to particular test case. Actual outcome is compared with the expected outcome to find the difference in deviation for the analysis.

If expected results don’t match with actual results, then user logs defects. The defect goes into the defects life cycle and fix will be addressed by testers.

Ad hoc testing’s performed without plans of actions and any actions taken will not be typically documented. Testers will not be having detailed information of product requirements. Ad hoc testing is also known as monkey testing and random testing. Because non-methodical of approach ad hoc testing can miss flaws that can be found in more structured testing’s. However, the lack of formal requirements also means that obvious flaws can be attended to more quickly than if they had to be approached in a more systematic fashion.

There are types of Adhoc testing:

It is a type of testing, which evaluates a system ability to perform in the future. The evaluation process is conducted by testing teams.

Agile development models is type of Incremental models. Software is developed in rapid cycles and incremental. The results are in small incremental releases with each release buildings on previous functionality. Each release tested thoroughly to ensure quality ‘swell maintained. It’s used on time critical applications.  Extreme Programming currently one of the most well-known agile development life cycle models. 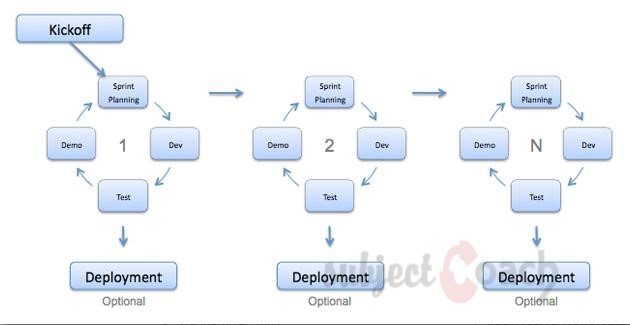 All-pairs testing (or pairwise testing) are technique for generating test cases inputs that reduces the overall numbers of testers need to write. Instead of writing test cases for every combination of the parameters we instead make sure we have at least one test case for each pair of input parameter values. This takes advantages of a convenient discovery in software’s defects, most defects are caused by a single parameter many defects are caused by the interactions of two parameters fewer defects occur by the interactions of three or more parameters.

Alpha testing is one of the most common testing strategies used in software development. It’s specially used by product development organizations. It takes place at the developer’s site. Developers observe the users and note problems. Alpha testing is testing of an application when development is about to complete. Minor design changes can still be made as a result of alpha testing. Alpha testing is typically performed by a group that is independent of the design team, but still within the company, e.g. in-house software test engineers, or software QA engineers.

To check API, it needs to be called from calling software. Necessary test environments, server, database, applications setup needs to be prepared before API Testing. API testing is focused on functionality of the software's business logic and it is entirely different from GUI testing’s. It concentrates on the business logic of the software’s architecture. This testing won't concentrate on the looks and feel of applications.

Arc Testing also called as branch testing. Outcome of a decision is the branch. So branch coverage is measure of all outcomes of branch. Determining the number of branches in methods is easy as output of branches has usually two outcomes (True of False).

Branch testing involves executing each condition in decision in order to test all possible outcomes at least once. It helps in validating all branches in code make sure that no branch leads to abnormal behaviors of application.

In software testing an anomaly is everything that differs from expectation. This expectation can result from a document or also from a person’s notion or experiences. Also an anomaly can be a feature or a usability problem, because the test object may be correct regarding the specification - but it can be improved. Another possibility for an anomaly is that a tester executed the test case wrong and therefore the expected result is also wrong.

The assertion is Boolean expressions at specific points in a program which is true unless there are bugs in the program. A test assertion is defined as expression which encapsulates some testable logic specified about targets under tests.

It involves of special software’s to the control executions of tests and the comparisons of actual outcomes with predicted outcomes. Test automations can automate some repetitive but necessary tasks in a formalized testing process already in place or add additional testing’s that would be difficult to perform manually. Automated software testing’s is the best way to increase efficiency, effectiveness and coverage of software testing.

This tutorial was written, keeping in mind to teach students about common terms used in Software testing, This is part 1 of the series, Covering Alphabets A-H,